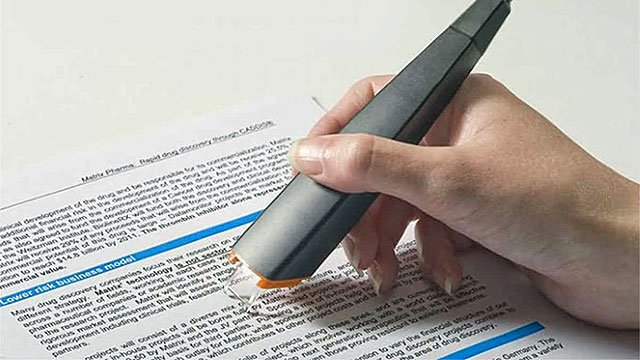 The history behind the character recognition (CR) technology has progressed from as far as the early 20th century. During this era, Emmanuel Goldberg and Edmund Fournier d’Albe are credited as some of the inventors of more first CR technology devices. In this regard, the former invented a decoder device of written texts. In contrast, the latter developed Optophone, a handheld scanner that can digitize printed letters in a text when the device is moved across the paper text. Later on, CR technology is designed to assist the visually impaired people where the CR device can read the text vocally to its users.

Upon entering the 21st century, OCR technology is slowly being integrated into the internet as a web-based service. The importance of OCR technology is increasingly emphasized with the emergence of smartphones and smartglasses, where OCR can now translate and digitize texts into a digital file faster than ever. To many people, OCR technology has proven itself a handy software to assist their daily jobs and activities because of the features it has. Moreover, as the OCR technology keeps on progressing year by year, there is no telling when this technology will be redundant.

So now, what can we understand about the OCR and ICR technology? We can see them below:

To put it merely, OCR is the electrical or mechanical conversion of images of texts into a digitized text, where the digitized version can be collected from any form of written texts. Many people have used OCR technology widely to store documents into a more compact structure to prevent excessive information storing. Even further, the users can edit the digitized texts directly whenever they need to work on their needs.

Due to its function, OCR technology is used in other machine processes, such as machine translation, text-to-speech data extraction, text mining, and many other means. These processes are related to text-based information mechanisms, which explains the OCR technology’s importance in them. Many times, business companies need to digitize written reports to store them in a central documents storage where all documents have been scanned, and this requires OCR’s features to make it happen.

Usually, people use OCR software for different purposes. This software is most popular with users who need to edit the digitized texts while on the go. Despite scanners can scan the papers to convert it into an image, the scanner cannot convert the text of the picture. In this part, OCR comes along as a next step in collecting information from the image because of the features it has.

ICR is a specific form of OCR technology. As a continuation of the OCR technology, ICR allows users to push a computer to identify different fonts or alphabets in a written text. Commonly, people use the ICR software to alleviate all of the downsides of the OCR technology to increase accuracy in digitizing information from written documents.

This is because that OCR technology is not designed to scan and digitize information from handwritten texts. Despite both OCR and ICR focus on processing text information from written documents, ICR is designed to cover all of the inadequacies of the OCR technology. Therefore, many people use ICR software to scan other people’s handwritten texts that cannot be done with the OCR software.

Due to their role in collecting information from texts, both OCR and ICR software is used heavily to store documents. Written documents in paper sheets can be quite a challenge for many people because of the spatial room that they need to use to keep those papers. The hefty amount of the papers will require a lot of room when they need to be stored, and people have to think of the best way to save them somewhere.

At this point, the benefit of using the OCR and ICR software can be seen more obviously. People can use this software to collect all information from the written texts so that they can conclude the storage problem. As the data is collected, the users can store them in digital information storage that can be accessed by everyone else at the same time. This will significantly simplify the data collection process for all of the concerned parties.

Moreover, the digital features of the software can make it easier for users to store the scanned information by using metadata. Inserting metadata to the scanned texts will make it easier for the users to categorize the data sets based on specific categories. This means that, in the future, the users can just simply search for specific keywords to look up the data they want in the central data storage. Both OCR and ICR software has essentially digitized the texts, so now, the users can interact with the scanned texts more freely.

At last, everyone can gain the benefits of using the CR technology. The technology’s ability to convert written texts into workable digital texts makes life far easier for those who depend on digital means to support their business. Collecting data from written documents manually can be a very long and distressing activity, and OCR and ICR software has given the way to make such activity easier. As such, the benefits of using these applications cannot be understated.

Lite DMS is a document management system that was designed to make your document search experience much easier, structured, and using minimal amount of memory. This DMS application is equipped with OCR technology to help you easily digitise your documents. Understanding the Difference between Database and Data Wa...